In this world there are 7 levels of Genius, so which one are you?

Home > Posts > Uncategorized > In this world there are 7 levels of Genius, so which one are you?
Previous Next

In this world there are 7 levels of Genius, so which one are you?

We’ve all known of the one kid in school who everyone considers to be a genius, but just how smart are they really? Are they on the level of Einstein? Bill Gates? Stephen Hawking? How about Michael Jordan, or Bob Ross? Jay-Z, even? All of these people mentioned are considered to be a genius in some way and you’ll soon discover why. Finding what type of genius you are will be more in-depth than you think. 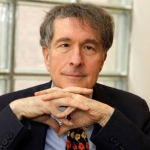 There is not just one instance of being considered a genius, but 7. Howard Gardner, psychologist and professor at Harvard University believes that the level of intelligence we all consider to be a on the genius-level is really only 1 type of genius out of 7 different types. Our genes play an important role in the type of person we grow into. Some of us grow and mature to be politicians and accounts, while others become professional sports athletes. These people are all considered to be geniuses in their field. They are all different professions of course, but geniuses nonetheless.

Howard Gardner explains that our current school system only educates us on the Verbal/Linguistic level, which determines how book smart a person is, but does nothing for the athletic genius or artistic genius. He’s identified 7 different types of intelligence that each individual has the capacity to possess. The idea of multiple intelligences is important because it allows for educators to identify differing strengths and weaknesses in students and also contradicts the idea that intelligence can be measured through IQ. In researching about genius, we found that Howard Gardner’s theory of Multiple Intelligences provides a great alternative to the popular measurable IQ method.

So now you know there is still hope for even those who aren’t book smart or good with numbers. We are all born with the skills we need to survive and knowledge to overcome life’s obstacles. If you find you are struggling with one task, think of another way to find the solution. Also, don’t think you are set to only one type of genius. Thanks to Free Will, you have the ability to master all seven if you really apply yourself.

About the Author: Shamar A.

Shamar Armstrong, owner and creator of THiNK Creatively, is a graphic designer, programmer, and visual communicator.